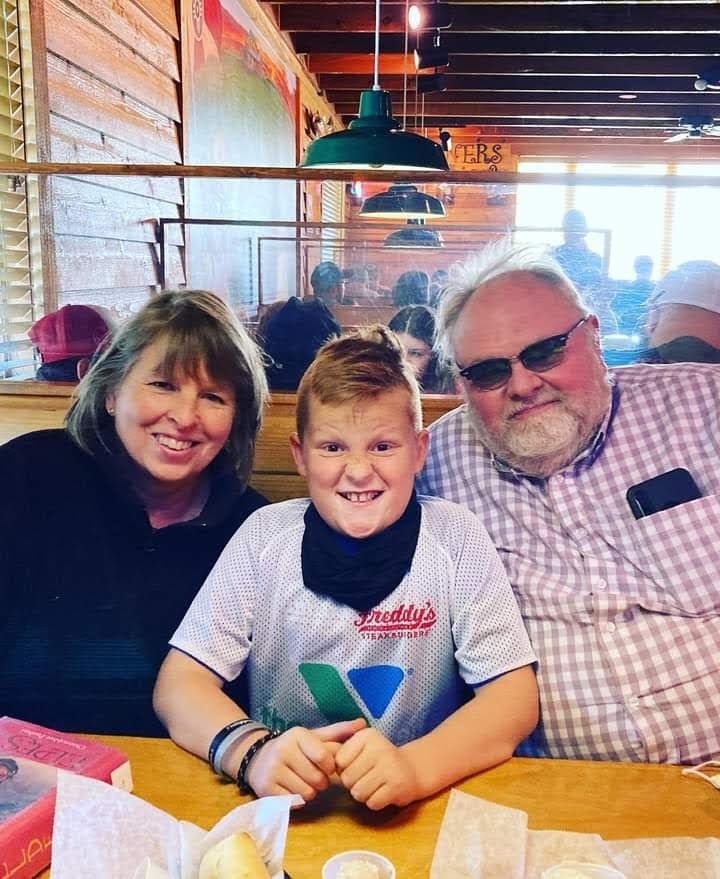 With deep gratitude for her dedicated service as WDC Administrative Assistant for over 17 years, we bid farewell and offer blessing to Nancy Funk, who is retiring as of August 31.  Below are reflections Nancy shared with WDC staff, as she anticipated this transition.

Some farewell thoughts…  In the summer of 1978, when I was 18 years old, just after a year at Hesston College, I got married.  One week later, I began a new job at the General Conference Mennonite Church office with the Commission on Overseas Mission (COM).  Talk about a lot of life-changing events happening in the span of one week!  I could have never predicted the path this new job would set me on!

In those days, we worked with electric typewriters and dictaphones, and used onion skin paper or aerogrammes for letters going overseas.   As computers started getting more popular, COM got one computer for our staff of eight people, which was placed in the middle of an open area in the office.  We basically had to reserve time to use it.  In those days, to make travel arrangements, we worked with actual travel agents at Menno Travel, a travel agency across the street.  It was a different time!  When GCMC and the Mennonite Church merged to become Mennonite Church USA, I continued working in the missions department, Mennonite Mission Network.

In late 2003, over 25 years after I began that job at COM, I heard about a job opening at the Western District Conference office.  I gave some thought to applying for the job, but I was well settled and comfortable at my job at Mission Network, and decided I would stay where I was.  But then… one day I got something in the mail… it was a job description with a scrawled note from someone named Dorothy Nickel Friesen, inviting me to consider applying for a job at WDC.

I didn’t yet know Dorothy Nickel Friesen (then WDC Conference Minister), but her note got my attention. Though I had already considered the job and decided against it, now I started thinking that maybe God was trying to tell me something.  So I decided to take just one step and apply for the job.  The next thing I knew, I was called for an interview, and so, in faith, I took just one more step.  At that time, the job not only entailed working with WDC, but also with South Central Conference and AMBS-Great Plains, who all had offices in the building.  The job was offered to me, and feeling this was God’s leading, I accepted the position.

I remember my first morning at WDC in January of 2004…. Dorothy was with me at my desk, beginning to orient me to the job when the phone rang for the first time.  She motioned for me to pick it up.  The caller had a question, which of course, I had no clue about.  My response was something like “Well, if I had worked here longer than one hour, I might be able to answer that!”  Those first days, weeks and months were challenging, there was a lot to learn.  I remember feeling such relief whenever I made it to the next coffeebreak, or to the next lunch hour, or to the next end of the day or week.

As I reminisce about my years at WDC, of course Assembly is a big thing that comes to mind.  That annual event definitely created a rhythm to the year.  Each January, the Gifts Discernment Committee would start their work, and soon after, the Assembly planning committee would begin to meet.  The closer we got to the Assembly, and to all the last-minute details that popped up, sometimes I had to use my “Breath” rock to remind myself to breath.  With this last Assembly just passed, I’ve worked with 18 Assemblies in a row!   We’ve met at college campuses, hotels, churches and retreat centers in three states.  Two things I can say for sure about Assemblies – they were always a lot of work, and it was always a big relief when they were over!

Over the years, there have been some pretty interesting things that have happened…

… There was that time when I heard a loud crash outside my front door, and when I looked out, a large tree had fallen across the road, just after a jogger had been right there.  Miraculously no one walking or driving was hit.  The road ended up being blocked for hours, while KDOT and Westar crews descended upon the scene to clean up and repair the damage.  This actually happened twice during my years!

…Then there was that time that I saw someone back into Dorothy Nickel Friesen’s vehicle and then leave the scene.  I quickly noted the license tag #, and Dorothy was able to contact the person and get paid for the damage.

… Then there was that time, just this summer, that I noticed a large number of bees just outside the front door.  A local beekeeper was able to come get them and take them to her hives.  That was kind of exciting!

… And then recently, Kathy Neufeld Dunn and I helped a stow-away cat get back to its owner after travelling from Peabody to North Newton in the engine of a car!

Some of this stuff, you just can’t make up!

For the last 17 years as I’ve sat at my desk at 2517 North Main, I’ve had a front row seat to life in this small community.  I’ve watched people walking their dogs, riding their bikes, walking and running.  I’ve watched kids and adults playing and picnicking in the park.  I’ve watched RV’s and campers leaving town on Friday afternoons.  I admit many times I was very jealous and wanted to be out there too!  So, I’m excited that it’s finally going to be my turn for a life where I can choose how to spend my days.

When I walk out the door for the last time, it will be with both joy and sadness.  It has indeed been a blessing to have had the opportunity to work and serve at Western District Conference with all of you.